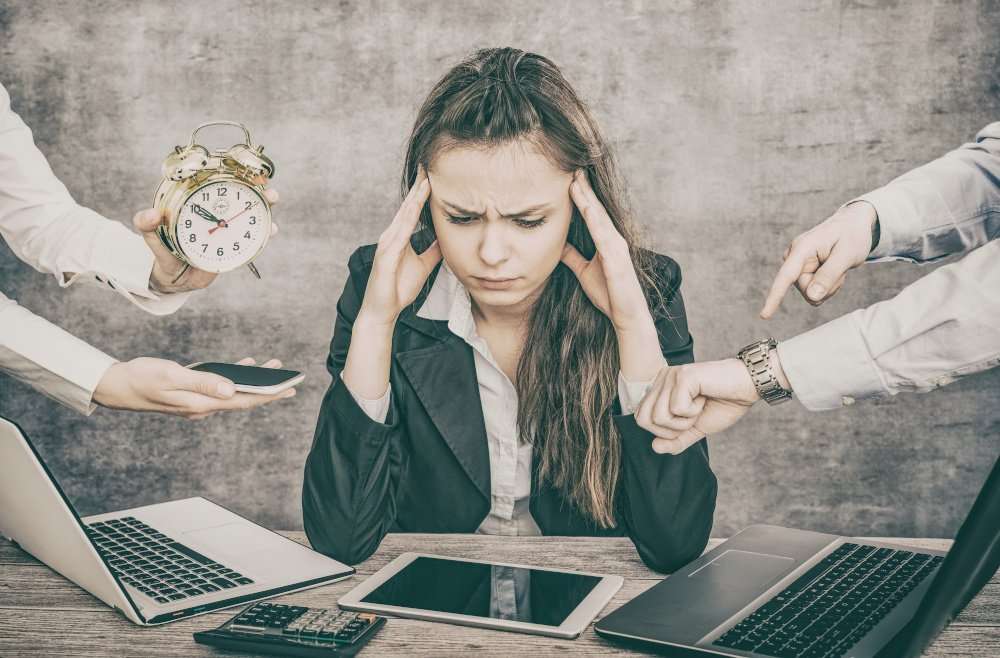 by Associate Writer
in Stress
Comments

It’s fair to say that bringing up the topic of work pressure to non-lawyer friends isn’t always guaranteed to trigger a massive outpouring of sympathy.

The problem lies in the old myth that a lawyer’s life must be a glamorous rollercoaster ride, packed with variety, intellectual stimulation, high-octane court showdowns, along with a bulging bank balance. If there’s a little stress along the way, then surely it’s just all part of the job? The facts paint a more worrying picture. One survey suggested that barristers are more stressed than NHS workers(1), while a Bar Council report(2) found that 58% of criminal barristers and two-thirds of family barristers are under too much work pressure. According to the Bellweather Report: Stress in the legal profession, almost 66% of solicitors currently experience high levels of stress, and three quarters think that stress/mental wellbeing is a major issue across the profession.

The law has a stress problem, but understanding an issue makes you much better able to manage it. With this in mind, we take a closer look at stress and the problems it can lead to, why it’s such an issue for lawyers — and the practical steps you can take to manage work pressure.

What is work stress?

Behavioural experts define stress as the “biological and psychological response experienced on encountering a threat”(3). Sometimes referred to as ‘fight or flight’, it’s an essential part of the body’s emergency response system. Your brain senses danger and therefore triggers the release of certain chemicals such as adrenaline and cortisol to equip you with the means to deal with it.
A certain element of stress can actually be a good thing. Let’s say, for instance, that you are about to start cross-examining a witness: positive stress responses such as a slightly raised heart rate, heightened awareness and increased concentration can be just what’s needed to help you think on your feet.
Stress becomes a problem when you are no longer in control of it. If you’re frequently in crisis mode and feel unable to cope, it can have serious physical, mental and professional consequences.


What are the consequences and symptoms of work-related stress? In 2018-19, almost 13 million working days in the UK were lost due to stress, making it the top reason for workplace absence(4). To try and plough on without taking time off, it’s also common for sufferers — lawyers included — to self-medicate through alcohol and substance use. For instance, in one survey, 1 in 5 lawyers reported problematic alcohol or drugs use at some point in their lives, and three-quarters of these said it had arisen after they had entered the profession(5).


Why is stress such a problem for lawyers?

The issue of stress in the workplace is a well-documented phenomenon across the legal profession, yet it seems that the sector struggles to tackle this problem. Various aspects of the working environment and culture at the core of the legal industry factor in creating workplace stress issues for lawyers:

From the never-ending stream of deadlines through staying on top of targets, life as a lawyer can sometimes feel like being hit by pressure from every angle. Day-to-day relationships can also be stressful to negotiate; particularly the difficult conversations you need to have in order to manage the expectations of clients.

Too often, competition rather than collaboration is the driving force in a law firm. In this type of environment, churning out the bills and maintaining healthy work-in-progress becomes all-important, while asking for help or admitting that you have too much on is seen as a sign of weakness. Long hours are also seen as the norm rather than an exception — compounded by the possibility of being contacted about work 24/7 via mobile.
It’s an atmosphere that can be particularly damaging to inexperienced lawyers. As an example, the Junior Lawyers Division (JLD) found that a quarter experience “extreme” work stress, while 1 in 3 admitted to making mistakes that wouldn’t have happened if they were not overworked(6).

Changes to the profession

In areas such as crime, family, housing and immigration, legal aid cuts have forced firms to rethink the way they operate; something that can place considerable pressure on individual lawyers(7). Survival for firms can sometimes mean over-reliance on junior caseworkers on complex matters, thereby piling on extra stress, while increasing the likelihood of mistakes being made.
Meanwhile, in civil litigation, lawyers are dealing with the onward expansion of fixed recoverable fees as a replacement to traditional hourly billing(8). For the lawyers whose job it is to run these files, the pressure is on to get them concluded as quickly and efficiently as possible to keep the numbers up.

How do you handle pressure at work?

The first step is to recognise that you have a problem — and that you’re certainly not alone in facing it. Next, it’s about putting together a workable plan to tackle it — and this usually involves taking a good look at your caseload to see what can be done to make it more manageable. For instance, do you need to reduce the number of files so you can stay on top of everything? Is what’s currently expected of you realistically achievable? Would some extra administrative support or technical assistance help you become better organised?

Why not read more about this on Legal Futures? Click HERE for more.

For further advice on the risks currently encountered in the legal sector, along with hints and tips on improving your business processes, be sure to explore our Insights Hub.